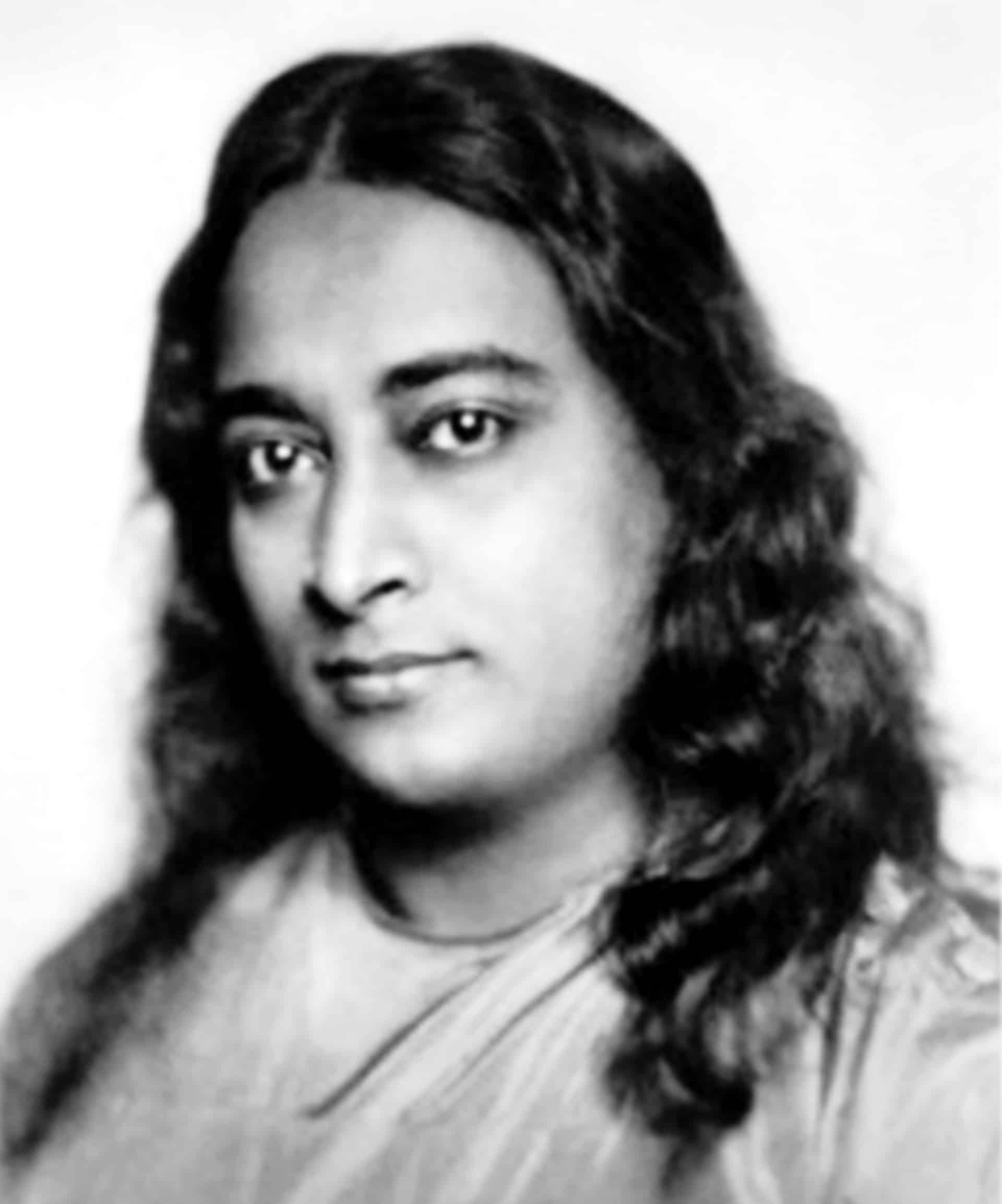 “What if the way we respond to the crisis
is part of the crisis?”

I have been thinking about climate change for years, and I am pleased that it is apparently possible to do so without becoming depressed. If you think about climate change and its side issues intensively and from different angles, you start to develop a feeling for these phenomena in their totality, a kind of subjective overview. At some point, you can describe a few things for yourself as clear or at least clearer. For me, these have come to be the following:

⁃ Climate change in its complexity cannot be explained or grasped by scientific methods. (In fairness, I must say that in my world nothing is explainable by natural science methods alone.) Modern sciences like microbiome research or astro- and quantum physics once more reduce our understanding of the complexity of ecological systems than they orient us. We need expanded ways of understanding. “Only the unimaginative take refuge in reality and rightly shatter against it .” writer Arno Schmidt summarized this fact.

⁃ We will not be able to confront, mitigate, or solve climate change with our usual ideas and approaches. Particularly absurd in this context is the idea that we can remain in our materialistic, capitalistic logic, maintain our accustomed standards of living and discourse, and counter climate change with the technical possibilities of a New Green Deal or the like, without having to fundamentally change our attitude toward nature – of which, as we know, we are a part. (This rather mechanical view is, by the way, a typically male kind of view, if you want to follow this gender stereotype for once).

⁃ It is possible to understand the causes of the man-made part of the ecological crisis if we try to understand man with all his fears, because our fear is ultimately the cause of all those ways of acting which gave us the way into this crisis: from the time of colonization via the industrial revolution up to our highly technologized, globalized present.

Philosopher Bayo Akomolafe formulated the idea of postactivism between 2015 and 2016.

He originally referenced feminist author and historian of science Donna Haraways and her descriptions of a compost heap. Akomolafe took the idea of a “compost activism” as his starting point, but subsequently shortened this conceptualization to the term “postactivism”.

Akomolafe first circumscribes the concept of (com)postactivism as an entirely open and ephemeral principle, and thus fundamentally rejects a simple definition of this term. He speaks much more of mycelial entanglements, of transatlantic slave expeditions, intertwined crossroads and encounters. The concept of the postactivist is inspired in its concept by indigenous worldviews and by Yoruba Black Studies. He also positions the concept in a world of incomprehensible dimensions of space and time in terms of modern scientific findings of holobiont research, astro- and quantum physics. Akomolafe exemplarily places climate change in relation to this idea of postactivism. He thus places the crisis in a very broad context, and takes his consideration a step beyond this framework by paraphrasing the crisis as an advent in the sense of Quentin Meillassoux; as a kind of epiphanic event, the entrance of something messianic into our lives. This does not at all mean that a higher power has planned the downfall of civilization and that we humans, as unfree beings, should submit to the fate of an angry God that has been predetermined for us; exactly the opposite is meant. These mysthical dimensions form the philosophical backbone of a postactivism that thus also accounts for the spiritual aspects of a hyper complex reality.

Akomolafe’s idea of postactivism invites us to an unusual discourse in terms of cultural philosophy that can enable us to see the present crisis as something completely different from what we are used to from a rational, scientific perspective.

It allows us to connect to ancient stories and energies, and thus helps us to remain emotional capable of action in confronting such a crisis, instead of losing ourselves in confusing number games and statistics of a biologistic narrative, in lethargy, sadness, or anger.

This approach is salutary, for our task now more than ever is to find our way emotionally, for the time being, in this situation of global crisis that is new to us. Following Akomolafe’s views is in this sense a stabilizing experience, an exercise in much-invoked holistic vision and resilience.

Postactivism need not remain a theoretical construct; postactivism is quite practical and can be adapted to other fields, such as that of human rights or nuclear disarmament issues. Postactivism, as I understand it in relation to ecological problem areas, is not afraid to be less connectable and, if necessary, to position itself on the sidelines. For the time being, it is not about winning social majorities.

Postactivism considers the extent of the crisis in its full scope and begins to do or refrain from doing something on a small scale. Postactivism knows the power but also the entanglement of the individual in the ecological crisis.

Postactivism abandons the erroneous dualistic view of having to fight a hostile adversary such as global warming or a virus. Postactivism readily dispenses with terminology historically borrowed from warfare and the military.

Postactivism understands that you can’t solve an ecological crisis with resource-intensive, green technologies and still turn it into an economic success.

Postactivism does not get lost in the intellectual discourse of the various scientific disciplines for its own sake, but prioritizes comprehensive ecological change in all areas of life. Postactivism, for all the complexity of life, returns to the simple, the practical, and the overview.

Postactivism rejects a narrowing to an issue around CO2 and knows about a world beyond numbers. On the contrary, postactivism is aware of the dangers of one-sided scientific interpretations and discourses based on avoidably calculable quantities and statistically provable facts.

Postactivism is ultimately agreeing with the suffering of the world, with our fears, needs and the dark colors of life, because all these things are part of the world and part of ourselves. This thought does not mean that it is not important to do everything in our power to alleviate and avoid any suffering.

What form of protest do we need?

For all the merits of classical activism, in the face of the ecological crisis today, it must be said that this activism, which has become partly bourgeois, must be overcome. A cosmetic activism, which always tries to be socially and politically connectable, is actually not ready to really change anything about the existing conditions, even if the self-image of these initiatives may be a completely different one. This is especially true if we think of the quite positive effects of conventional activism in the context of so-called rebound effects, tipping points and self-accelerating processes of nature. We are dealing with almost the same problems today as we have been since the 1980s, and we have made little progress in the last 40 years in terms of the state of our planet. On the contrary, much has worsened; we seem to have simply dragged our feet on the problems.

Postactivism – as I understand it – therefore primarily poses the question of what form of protest, what forms of resistance, but also what form of reality we need today in the first place, because these questions have by no means been sufficiently discussed.

“It´s not easy being green” says Kermit the Frog and he is right. It is not easy and it takes courage to be green and to act consistently green in personal, social and even political contexts. It is not easy to give up unnecessary crap and see a profit in it. But it makes sense to return to simplicity in some areas of life, to refuse to consume and to do more with our own hands again. What habits do we have to throw overboard, what can we do without, and what do we have to ban? We can’t continue to expand the Internet in rural areas and save the climate at the same time.

Another key question is how we can organize ourselves to work together. We can join decentralized regional or neighborhood networks and begin to practice working together in communities. Communicating without petty objections is anything but easy in the age of individualism. To try to understand one’s counterpart, to endure compromises and to create something in common is an art that is worth learning more and more. The artist Joseph Beuys called it “The work on the social sculpture”. Our motivation could be a deeper self-awareness and investing in our own personality always promises a deeper experience of happiness.

It is undoubtedly possible to change something, nothing is without alternative or even static. In addition to regional commitment, it is also important to think about the very large, utopian adjusting screws, because the only utopian thing we should not seek refuge in is “business as usual” in the face of the climate crisis.

A new era has begun.